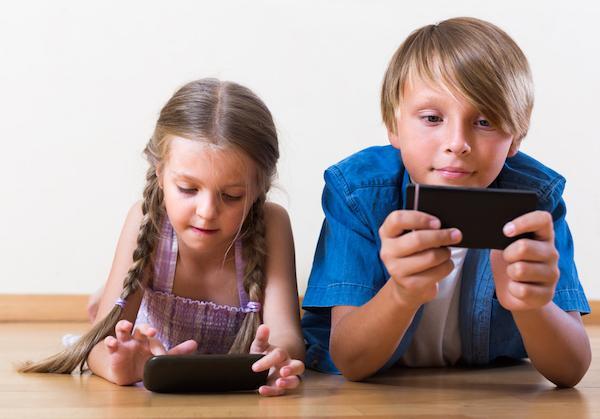 When it comes to divorce, child custody issues are usually emotional and sometimes become contentious. Unfortunately, this can mean that parents often receive misinformation from well-meaning friends, co-workers, and relatives. Here are seven common myths relating to child custody.

In past decades, many states ruled that custody of children under a certain age--usually those not yet in elementary school--was automatically awarded to the mother if the parents divorced. Most states, including Ohio, have since rejected this rule and require the court to determine custody by what is in the child’s “best interest” regardless of gender. Some parents agree to let the mother have primary custody after divorce because she may have more time or can better meet the child’s needs. Fathers should never let myths about favoring the mother during custody stop them from seeking full or part-time custody of their children.

2. Children choose which parent they live with once they reach a certain age.

This is another popular myth. The courts in Ohio retain jurisdiction over custodial matters involving children until they reach eighteen years old. The court does say that any child exhibiting “maturity” may say who they feel should have custody, but the court is under no obligation to award custody based on a child’s preference.

The term “maturity” is not defined by divorce statutes, but the court will often conduct an informal interview with the child(ren) if the parents request it or the judge feels that it is a good idea. It is a good idea to remember that a child’s preference is only one of the many factors used to determine the best interests of the child.

3. You can deny visitation if an ex doesn’t or stops paying child support.

Several issues can cause a parent to lose visitation rights or be ordered to have supervised visits. Not paying child support is not one of them. In the eyes of the law, child support and child visitation are two completely separate matters. The opposite is true as well, a parent who is not allowed to visit his or her children does not get out of the obligation of paying child support if ordered to by the court. The courts will not allow you to use the lack of one to defend your case for the other.

4. No one with a history of domestic violence, mental illness, criminal convictions or substance abuse will get custody rights.

Like mothers getting sole custody, this was often true in the past, but states have taken a more liberal view in these situations. The courts realize that an ongoing relationship with both parents is important and it is likely that even in these situations they will allow a parent to see their children.

People who have struggled with these issues (the usual exception being convicted of a sex crime) may still have options like supervised visits, especially is they can show the court that they are currently dealing with these problems. Courts are hesitant to terminate a parent's rights altogether.

5. The police will enforce custody orders that aren’t followed.

Custody order violations may include the other parent returning a child late or keeping the child overnight when they aren’t supposed to. Although courts expect parents to follow the custody orders, they and the police are not meant to be used as referees.

Police officers are reluctant to get involved in divorce situations and do not have the authority to enforce a civil court order unless the situation develops into criminal activity such as kidnapping.

The law expects both parents to communicate. If you cannot resolve the situation between yourselves, remember that courts want provable facts, not allegations. Document violations and make sure that you have copies of your divorce agreement.

Running to court with something minor--that does not harm the child--can often backfire. Normally a court will only change a custody agreement if one of the parents has made a violation that it considers serious--such as taking the child without alerting the other parent.

6. My ex and I can modify the custody agreement ourselves.

Your children get older, situations change. What once worked may not work anymore. Exes will often informally make a change to a custody arrangement, altering visitation days or changing who pays for certain things.

It’s admirable that you are open and communicating about your child’s needs, but modifications to arrangements can only be done by the court. If your informal changes are working out for your child, a judge can consider these changes in the modification agreement but he or she is not required to do so. Your custody agreement is a legal document and only the court has the authority to modify these orders.

7. My ex has no custody rights, so I can move out of state without telling them.

If you have a custody order from an Ohio court, the law requires you to file a notice of intent to relocate before moving out of state. The notice must be sent to the non-custodial parent and contain your new address--unless disclosing it is prohibited by another court order. If possible, you should at least try to obtain the consent of the non-custodial parent before filing anything in court.

Even a parent without custody of their child still possesses rights and can ask for a hearing from the court. If you have already moved to another state, the other parent can ask the court to order you to bring the child back to Ohio. Either way, there will still be a hearing to determine if the move is actually in the best interests of the child.

Child custody issues can be complicated. Try to sort things out amicably, find out what your rights are and review your custody agreement often. Don’t hesitate to seek the counsel of a family law attorney. This will result in less conflict and will make things easier for those affected the most--your children.

What is a Legal Separation and What are the Main B...
How to Tell Your Spouse You Want a Divorce

Why Bird Nesting May Be the Best New Thing for Kids