All You Need To Know About Same Sex Marriage In Ohio 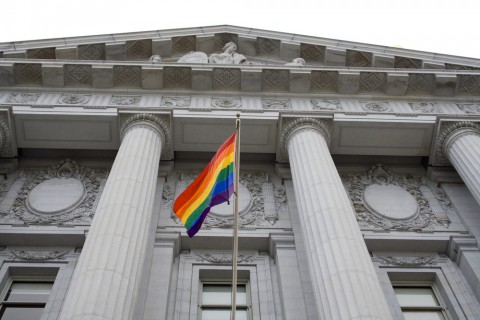 Ohio has a mixed history on the matter of same-sex marriage.

In 2004, Ohio banned same-sex marriage via an amendment to the state constitution.

In 2013, Ohio began recognizing same-sex marriages from other states. A federal court ruling prompted the change.

But on June 26, 2015, the US Supreme Court ruled in Obergefell v. Hodges that all 50 states must recognize same-sex marriages. All states must issue marriage licenses to same-sex couples upon request. This was a landmark case with far-reaching ramifications.

The goal for all married couples to enjoy the same rights and responsibilities. Regardless of the gender of the spouses.

But, some legal gray areas remain. As well as some special issues that apply in particular to same-sex couples.

An experienced attorney can help you navigate these matters, right from the start. So you can make informed decisions.

Benefits of the Ruling

Let’s begin by going over the major benefits conferred by the 2015 supreme court ruling.

Ohio must issue marriage licenses to same-sex couples upon request. The same as they always have for opposite-sex couples. 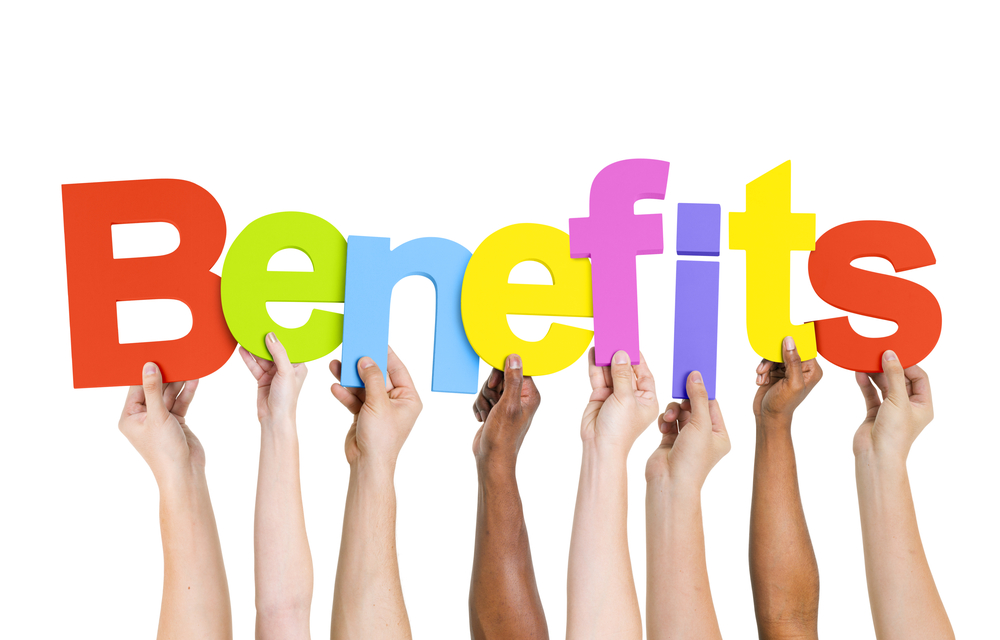 All states must recognize marriages performed in other states.

Employers must offer same-sex spouses the same benefits as opposite-sex spouses. including medical and dental insurance.

Hospitals and other care facilities must afford all married couples the same rights. This includes visitation and decision-making rights about their spouses.

Same-sex couples are now eligible for the same benefits upon the death of a spouse. These benefits include gift tax exemption and inheritance

Same-sex couples have the same rights to divorce as well as marriage.

These benefits may seem obvious and self-explanatory. That’s not always the case. 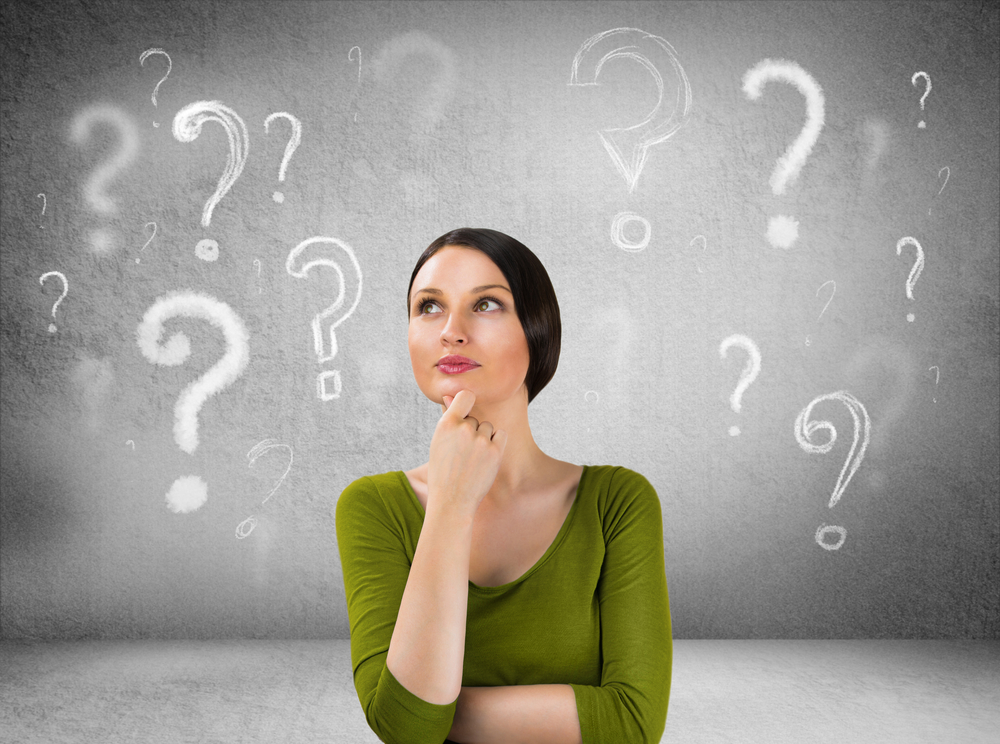 In 2012, a Franklin County court denied a lesbian couple a dissolution. But two days earlier, the same court had granted gay men a divorce!

The judge cited Ohio’s constitutional ban on same-sex marriage as the basis of his ruling. The Supreme Court ruling supersedes that ban.

Same-sex married couples have the same right to divorce or dissolve their marriages. This applies to couples in all 50 states. But there are still some legal gray areas the courts will need to address.

The matter of same-sex couples adopting children was not cut and dried. Not even in the wake of the landmark Supreme Court ruling.

In 2016, a federal judge ruled Mississippi’s ban on same-sex adoption unconstitutional. The force of this ruling affected not only Mississippi but all 50 states. 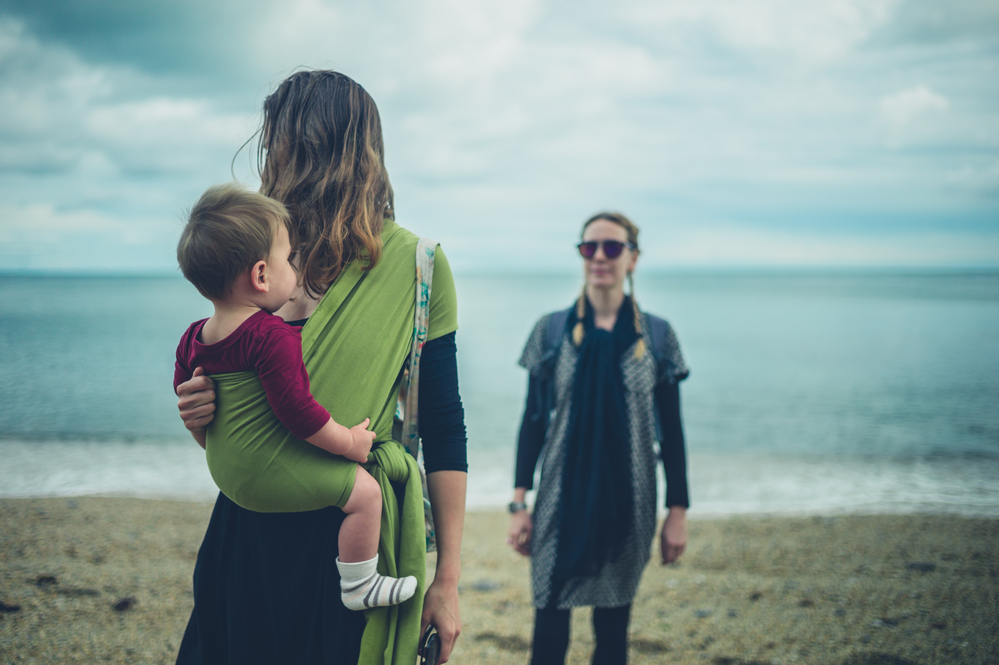 This ruling did not have a direct impact on Ohio. Like several other states, Ohio already recognized same-sex adoption rights, including step-parent adoption.

Ohio has gone a long way in leveling the playing field for same-sex couples. They now have the same legal right to adopt or foster children as opposite-sex couples.

Currently, the Ohio Revised Code applies to a husband. 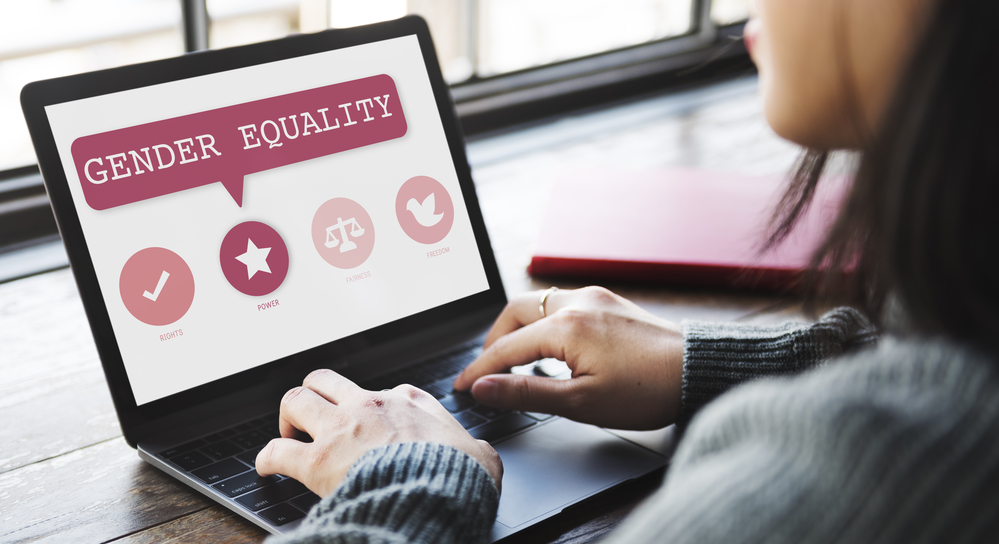 If he consents to his wife’s artificial insemination, the court treats him as the natural father. This applies to any child or children so conceived.

Where does that leave same-sex couples? The last revision of this particular revision was in 2001.

Ohio has yet to adopt the new gender-neutral language. Updating the policy will ensure equality and consistency with the Supreme Court rulings.

Keep in mind that a birth certificate is not definitive in determining parentage. 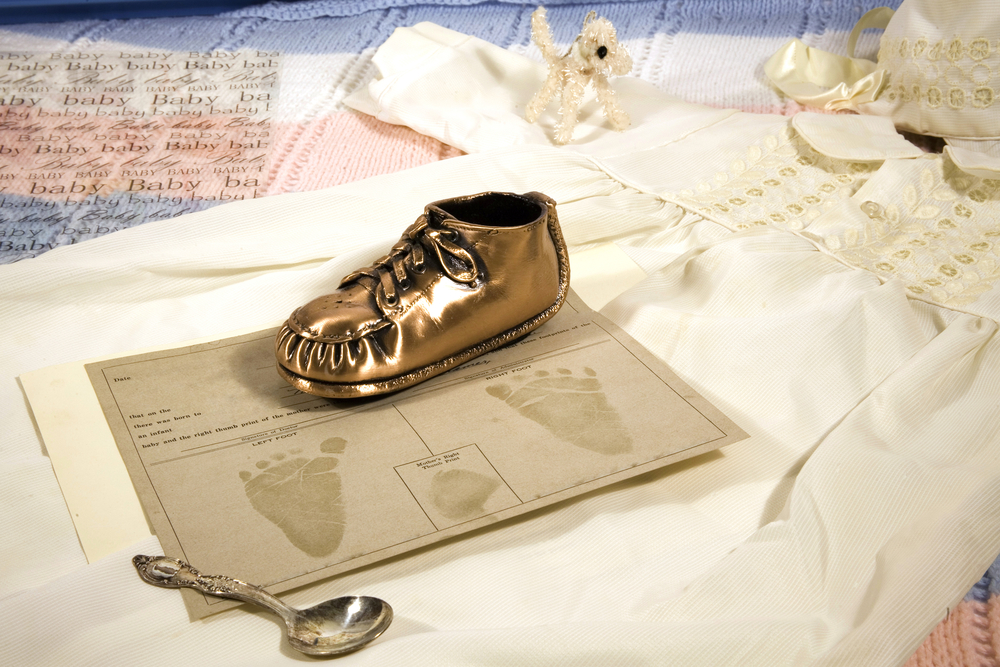 This is where things can become complicated. The nation-wide ruling on same-sex marriage is fairly new, so the courts will need time to catch up.

For now, being able to list same-sex parents on the birth certificate is progress.

In same-sex marriages, at least one spouse does not have a biological tie to the child or children. This can create a lopsided situation when it comes to rights and responsibilities.

The courts are not treading virgin ground in this arena. The court may treat the non-biological parent as a step-parent. This is the same with both opposite and same-sex couples. 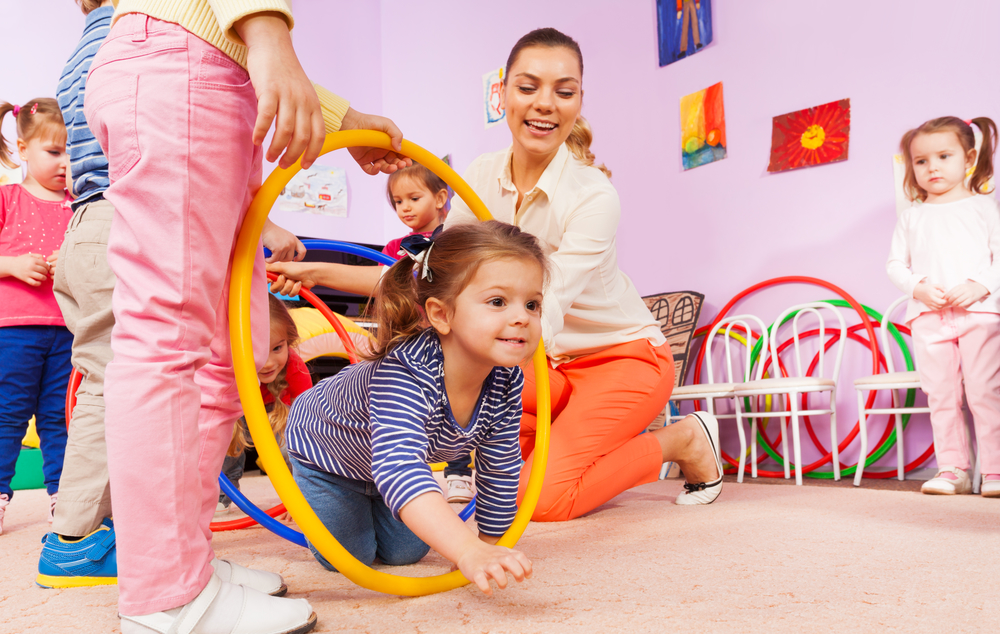 Adopting a child is a way for a stepparent, regardless of gender, to get legal parental rights. But, if the stepparent has not established legal rights, the case is more complicated.

The court may still grant visitation and custody rights to a stepparent. Gaining those rights may also entail the responsibility of paying child support.

Courts are not allowed to discriminate based on the gender of a stepparent. What’s important in the court’s eyes is what is best for the child or children in question.

The following are some factors the court will consider:

Ohio neither forecloses nor guarantees the rights of step-parents. Not when it comes to child visitation and custody. The outcome will vary on a case-by-case basis.

One way to avoid this uncertainty is for the stepparent to adopt the child or children. In cases where that’s possible.

Same-sex parents often intend for both parents to have equal rights right from the start. Without prejudice based on biological ties.

As such, it's a good idea to take the legal steps necessary to establish equal parentage. It's important to do so before disputes arise.

One way to address this matter is a prenuptial agreement. Some people have reservations about this kind of agreement. 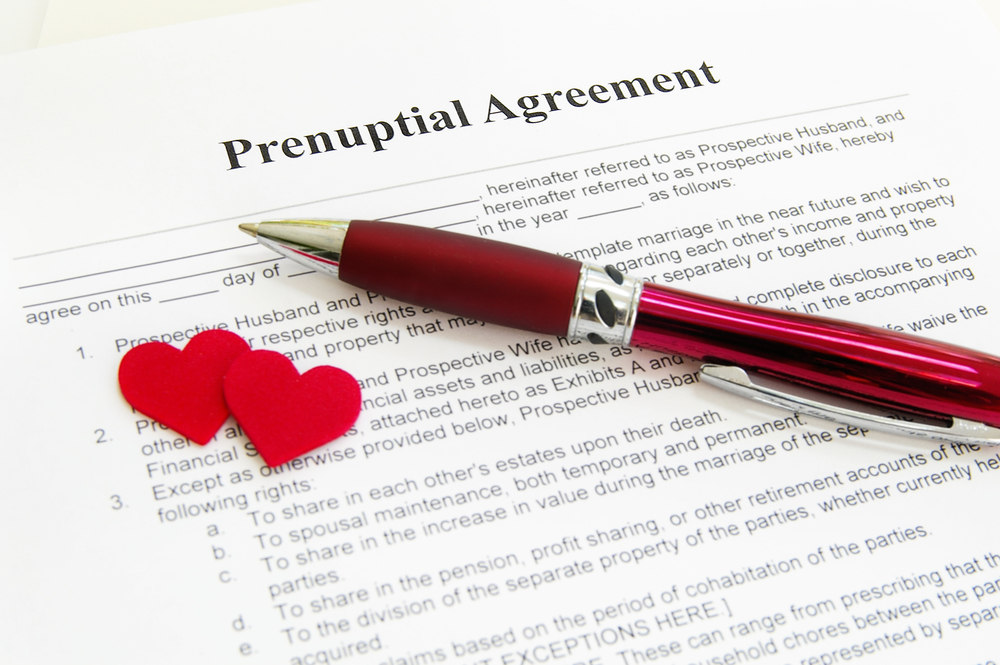 Will planning for the possibility of divorce make it more likely to happen in the future? Are couples jaded or pessimistic who sign prenuptial agreements

Many people ask these kinds of questions and the simple answer is, “no.” A prenuptial agreement is helpful because it spells out expectations right upfront.

Sometimes issues arise while drafting the agreement. Couples have an opportunity to spell out their resolutions.

It's a good idea to address those issues sooner rather than later. This can help avoid misunderstanding and conflict down the road.

So a prenuptial is about more than the possibility of divorce. It’s part of a marriage agreement.

The court will weigh your prenuptial agreement should you divorce. But both of you will be clear on how you envision your rights and responsibilities right from the start.

In my couples find this reassuring.

This may be especially true when a couple is facing legal gray areas. Especially where there is less clear president guiding the court’s decisions. As is the case currently with same-sex marriage.

If you’re reading this and you’re already married, you may wonder. Have you missed the boat on spelling out an agreement with your spouse?

No! You can create an agreement at any time.

If you are already married and are planning to have children, it’s a good time to consider an agreement. This way you can establish intended parental roles and responsibilities right upfront. 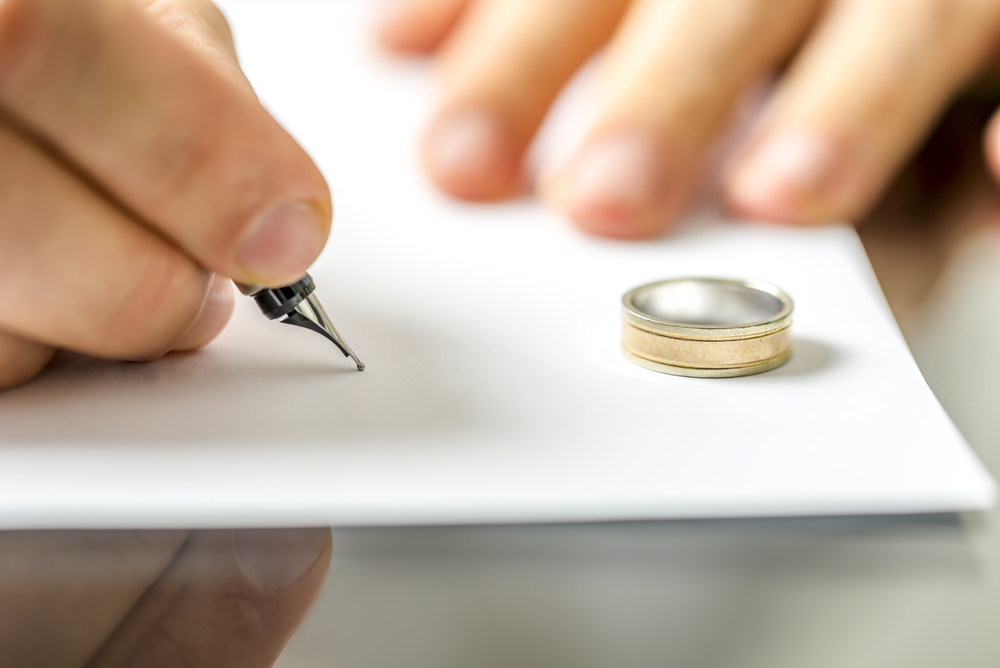 But children are not the only reason to consider an agreement. You may want to spell out what happens upon the death of a spouse, as well as in the case of divorce.

There are many benefits to having an experienced attorney work with you. He or she can help you set expectations. Before and during your marriage, based on your needs.

This is also true for opposite-sex couples. But the persistent gray areas make agreements between same-sex couples a higher priority.

One special consideration for same-sex couples shortened the duration of the marriage.

A same-sex couple may have spent many years together before they had the right to marry. Courts may vary on how they view duration. They may only include the period since the couple married.

Some same-sex couples opted for domestic partnerships. The court in some states may take this into account.

Ohio is not a state that recognized these partnerships in the past. Nor does the state recognize them today. So the period of domestic partnership may not count. 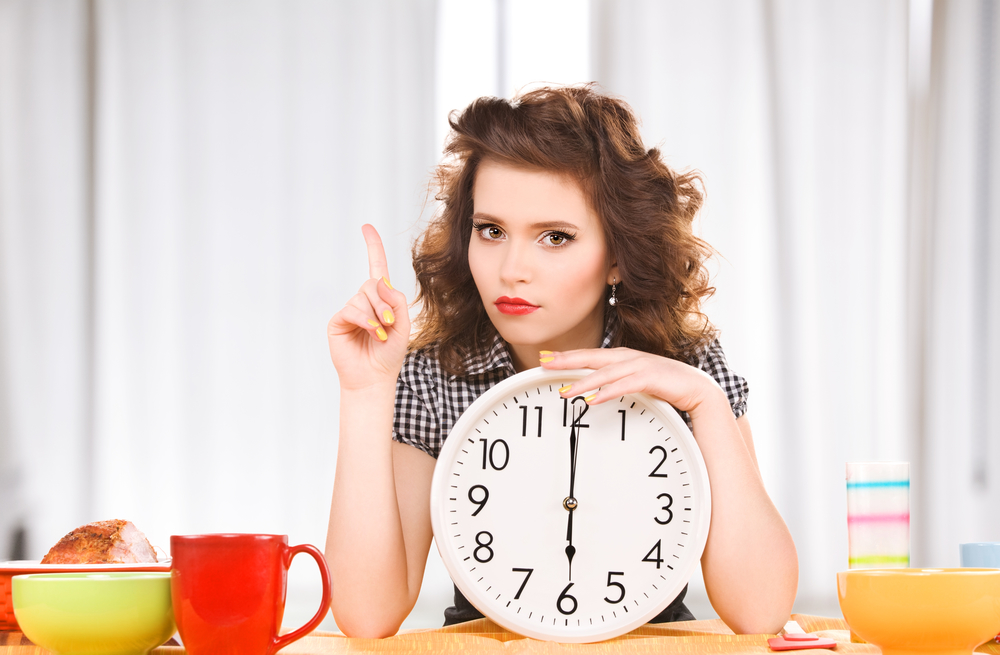 What you and your spouse view as the duration of your relationship is a matter you may want to spell out. You can make it clear how long you have been together.

There are no guarantees on how the court will view this. But setting clear intentions before you arrive in court can help the judge make a fair decision. One that accounts for your circumstances.

There are also opposite-sex couples who were together for a long time before marriage. But the difference is that the state would not allow same-sex couples to marry, even if they so desired.

So their intentions may very well have been different. And you can ask the court to consider that.

Ideas about family are changing, and so the legal system is evolving. The fact is that families come in many different shapes, sizes, and configurations.

Even issues that impact same-sex couples disproportionately can impact opposite-sex parents as well. Any couple can face similar issues. 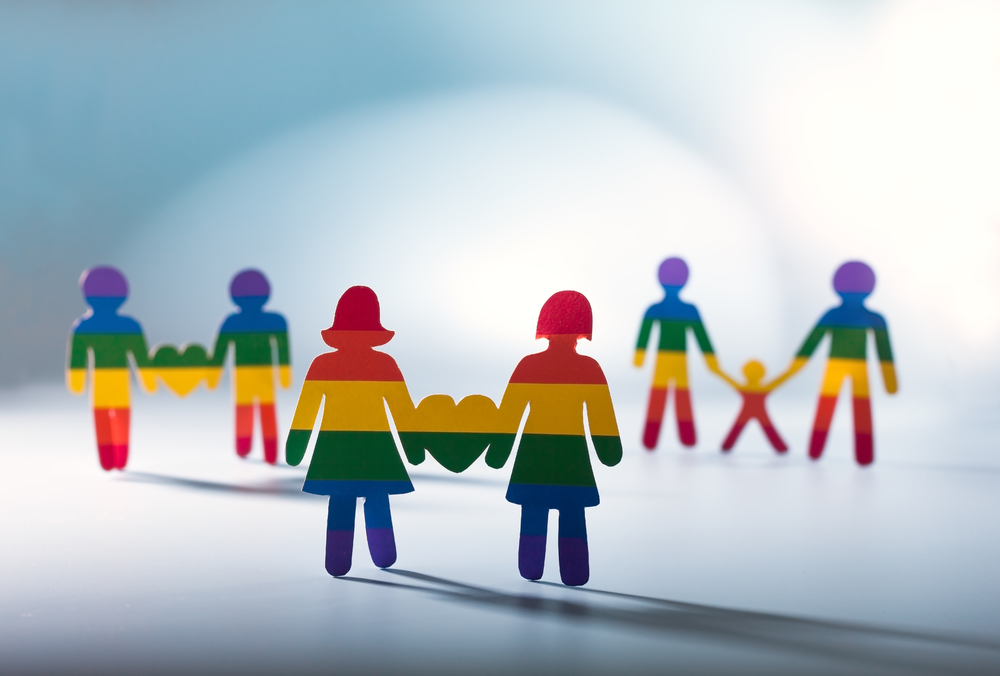 Families are becoming more diverse and complex. So it’s more important than ever to know your rights and responsibilities. And to consider how the law impacts your situation.

Every situation is unique.

The court follows precedents and guidelines. But judges apply the law on a case-by-case basis. Results can vary from state-to-state or even ever from judge-to-judge.

You can’t predict or control the outcome of any court case, but you can plan and take deliberate action.

The goal of the Supreme Court ruling is to prohibit discrimination based on gender. Over time, the gaps in the gray areas will close.

But for now, it’s more important than ever to take all available measures to secure your interests. Now and in the future.

Enlist an experienced attorney to help you navigate your situation. This will give you the best chance of protecting your rights and those of your family.

Time to Split? Your Divorce Under the New 2019 Tax...
What You Need To Know About Uncontested Divorce in...