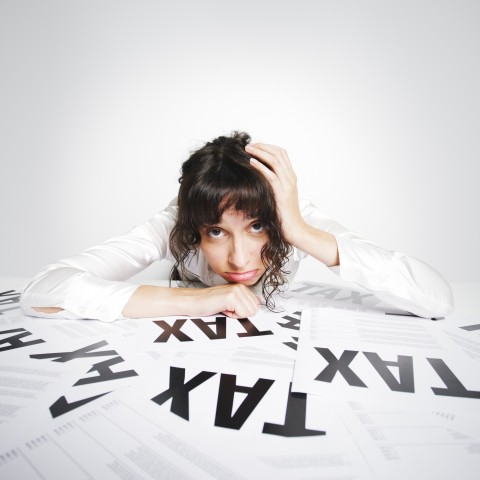 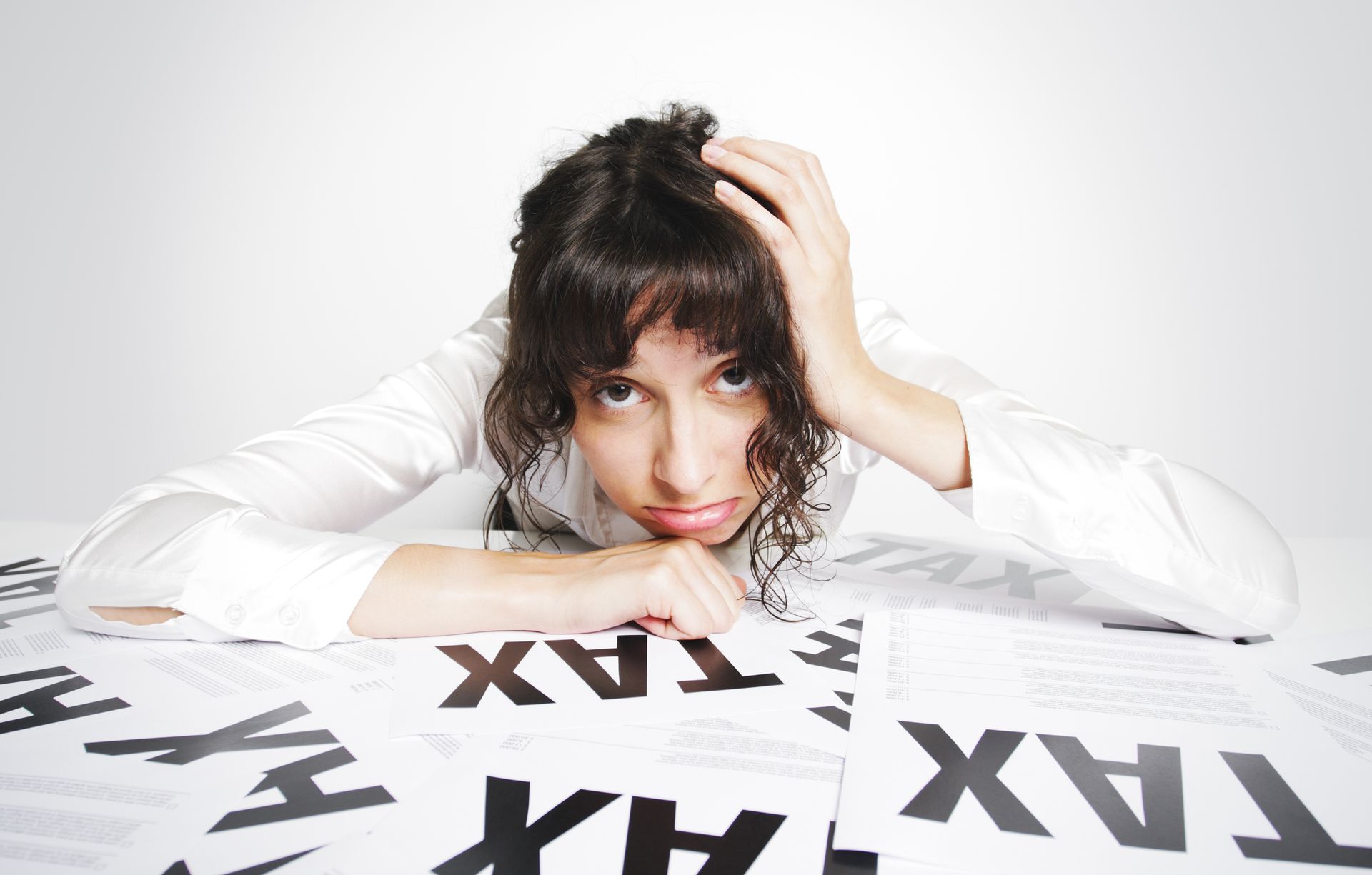 A lot has been written about the new tax bill, Congress’s Tax Cuts and Jobs Act of 2017.

The internet is packed with articles and blog posts, from The New York Times to TurboTax, warning people about the promises and pitfalls of the new bill.

A lot, too, has been written about its effect on divorce—and for good reason.

The changes to the tax code have big implications for divorcing couples. You need to understand the different parts of the new bill because some of the most important changes won’t come into play until 2019.

Here we are halfway through the year, and you need to be able to decide whether or not it’s time to get proceedings underway before it’s too late.

The truth is that, in many cases, divorcing couples may want to speed up proceedings and escape the effects of the new bill. Depending on the specifics of any given divorce, it could end up working out better for both spouses to beat next year’s deadline.

The changes to the code are so various that they have, in several cases, left not only clients but experts too—attorneys and mediators alike—scrambling to get a handle on them.

To make it easier for you, we’ve put together a list of the 6 most important effects of the new bill on divorce, from the most obvious and heavily covered to more niche (but very possible) situations.

1. The Surprising Elimination of the 75-Year Old Spousal Support Deduction

There is some uncertainty about the actual number of people paying and receiving spousal support (a.k.a. alimony or spousal maintenance) in the United States. But the 2010 census provided a fairly reliable figure of 400,000 recipients. 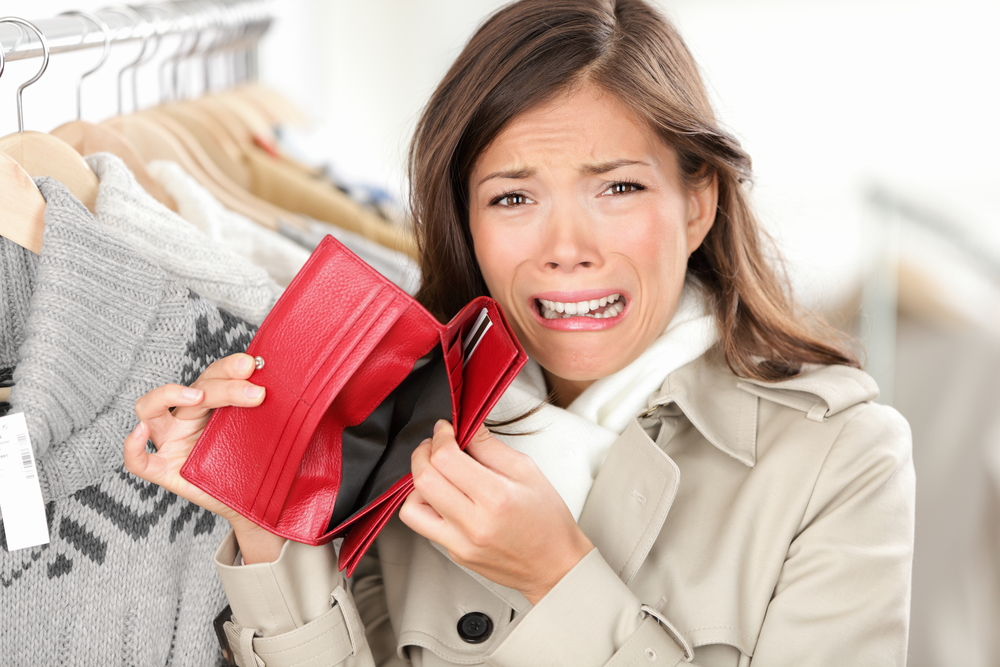 While not every divorce ends up involving spousal support, it continues to be an important concern for any divorcing couple.

The new bill does away with a 75-year old spousal support deduction, which up until now was a fundamental part of many divorce settlement agreements.

The existing deduction—in place since World War II—allows the spousal support payor to deduct the payment from their income. The recipient spouse, on the other hand, has always been expected to pay taxes on the money.

According to the changes, the higher-earning spouse can no longer deduct their spousal support payments and the recipient partner is no longer taxed for it.

While at first glance this appears to be a clear-cut win for the lower-earning, recipient spouse, it isn’t quite that simple. Without this deduction, higher-earning spouses will have less available income, a factor which could change the amount of spousal support agreed upon or awarded by a judge.

Whereas before, the cost of spousal support payments was offset to some degree by the deduction, paying spouses will no longer have this tax break to lessen the burden.

All of this, of course, depends on the kinds of decisions judges make next year when the new code applies, and the discretions of people making offers in settlements. It is safe to assume, however, that the size of spousal support payments will decrease.

Ken Neumann, from the Center for Mediation and Training in New York City, provides an excellent hypothetical example:

Under the new code, Spouse A could argue that he or she can only afford the $50,000. In such cases, it would be Spouse B, the recipient, who ends up with less.

As a result, it seems that eliminating the deduction is designed not so much to benefit either spouse in any given case as it is the IRS. Being aware of this, and the way that it may apply to your taxes and income is of the utmost importance and best accomplished with the help of a reliable attorney.

2. Hidden Results of the Change to Spousal Support

Getting rid of this deduction will have several important indirect consequences. Chief among these is that it simply has the potential to make divorces more complicated and time-consuming. Spousal support has historically functioned as an excellent way to expedite the process of divorce, insofar as it lessens the burden on the payor. 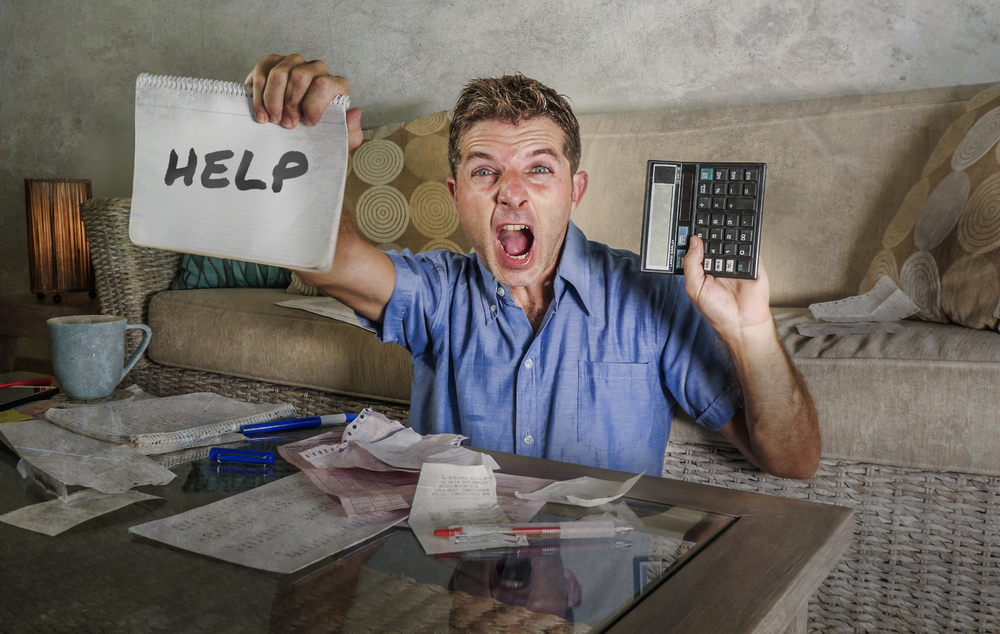 Even in situations where the spouse receiving spousal support ends up with more money under the new code, it’s hard to see the change as a big break.

Retirement accounts, for example, require contributions to be made from taxable income. No longer subject to taxation, spousal support will no longer apply. Similar complications may arise as well when a significant portion of your income is untaxed.

This is no time to panic, however, and the specifics of any given divorce may very well change the significance of the changes in the new code.

3. The disappearance of the Old Tax Exemption for Dependents

Before the new bill, spouses could claim a tax exemption of $4,050 for each dependent child. That is, $4,050 of your overall income would no longer be subject to taxation. 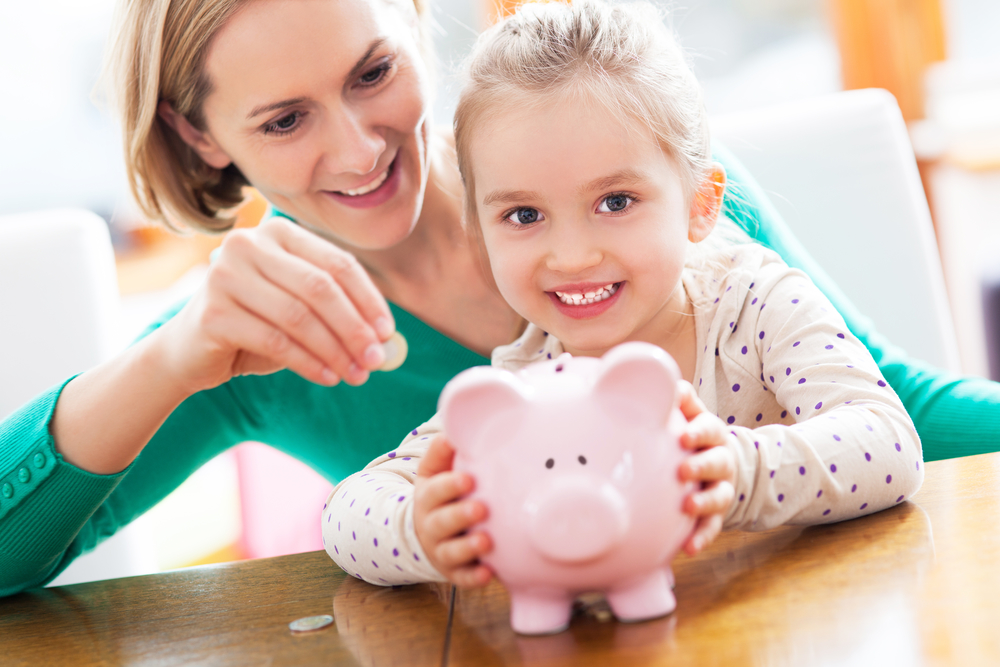 Couples with multiple children would often divide them on paper for tax purposes, meaning that each partner would “claim” a certain number of their children as a dependent. Couples with a single child would in many cases trade-off years “claiming” him or her as a dependent.

The new code eliminates that exemption and in doing so removes yet another bargaining chip from the table. This, again, has the potential to complicate future divorces, giving partners less to work with in coming to agreeable settlements.

Unlike a tax exemption, which reduces the amount of your income eligible for taxation, a tax credit applies directly to the amount of taxes you owe.

The new tax code doubles the Child Tax Credit from $1,000 to $2,000 for each qualifying child. The rules governing this, however, remain the same, as the child must be under 17 and living with you for at least half of the year. 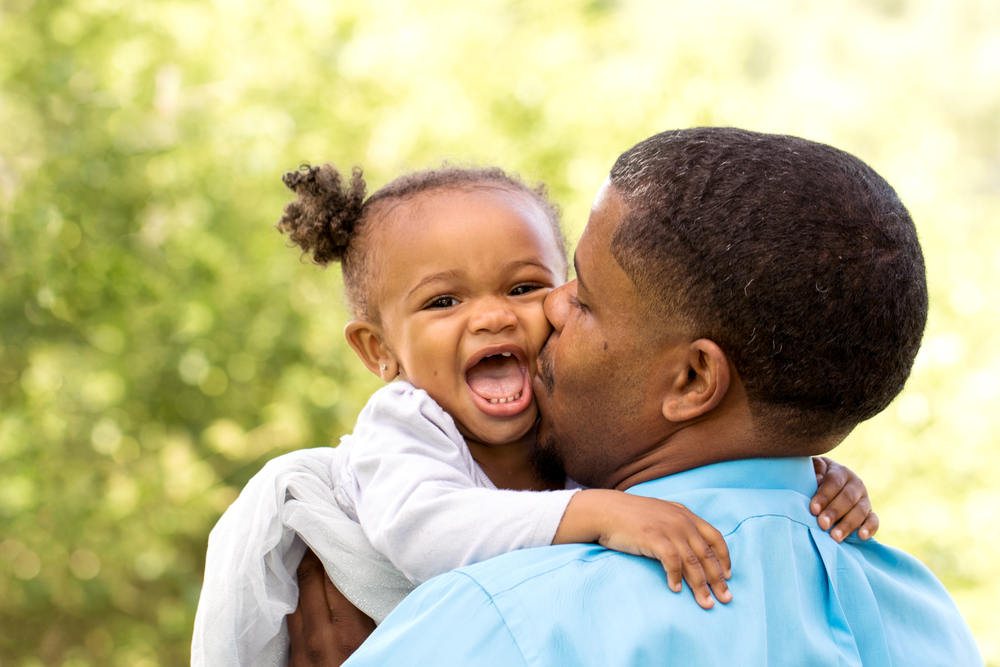 The number of families eligible for this credit will also increase substantially, as the phase-out amount has been raised to $200,000. Especially for people in lower tax brackets, this may help to offset the blow from the elimination of the tax exemption discussed above.

In any case, it is undoubtedly designed to function as a kind of cushion or replacement benefit—especially for the sake of negotiation—and will certainly serve that purpose in many cases.

5. Big Advantages and Reasons to Want Head of Household Status

In especially contentious divorce cases, the new code offers a lot more to fight about.

In situations where parents with similar incomes are in a custody dispute over their children. The new advantages of the head of household filing status may strain tensions. 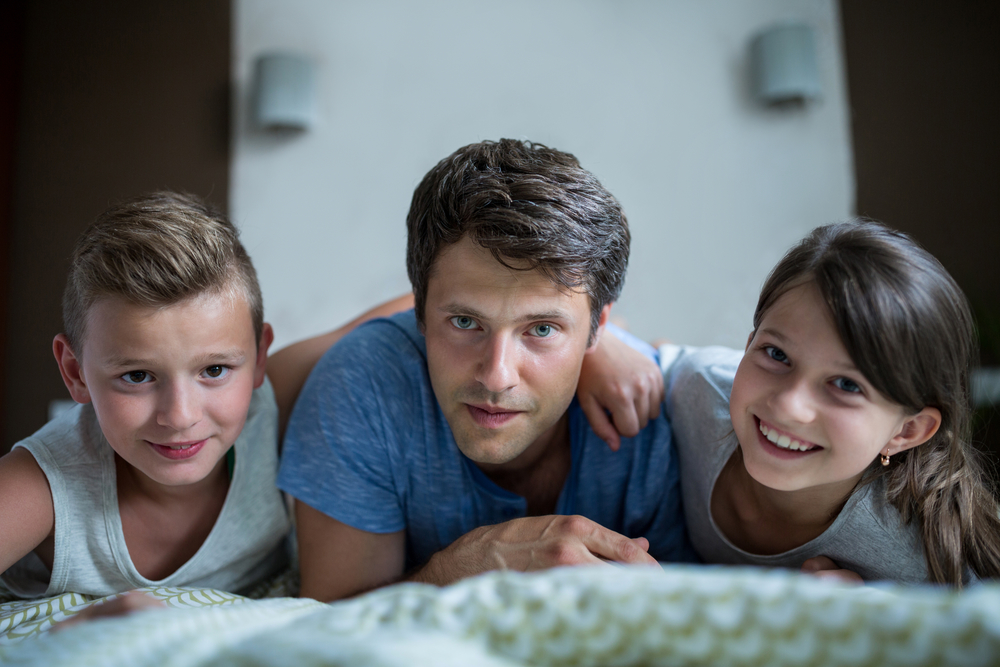 The most significant change is the big increase in the standard deduction—that is, the amount of income you can exclude from your taxable income: the standard deduction is being raised from $9,550 to $18,000 for people filing as head of household, and from $6,500 to $12,000 for single status filers.

All in all, this is a break for both parties, but bound to heighten tensions with the overall increase and the wider gap between the two numbers.

In terms of changes to the tax brackets made in the new code, the Head of the Household status is only preferable up to a certain income level.

Anyone earning $51,800 or less a year will benefit from being listed Head of Household, as it will keep them in the 12 percent bracket up to that point. Those listed as single, on the other hand, jump from 12 to 22 percent at only $38,700 a year.

Under the preexisting code, "head of household" status had an advantage at every income level. Under the new code, however, beyond the $51,800 point, the rates and qualifying incomes for each bracket match each other exactly for both single and head of household filers.

Only in rare (and often merely hypothetical) situations can both parents claim Head of Household status in the same year, which would require, for example, splitting up kids between two households

The higher deductibles for both statuses are still good news, however, as a smaller tax burden for both parties will help to alleviate the financial stress of divorce.

An earlier version of the tax bill proposed cutting the advantages of "Head of Household" status altogether, which would assuredly have had a much different effect on divorce proceedings.

While the higher deduction certainly has the potential to create some increased unpleasantness in already hostile cases, divorcing spouses should refrain from jumping to conclusions. If you’re sorting through your tax scenario, consult with your lawyer to contextualize their understanding of these changes.

Divorcing spouses who normally itemize their deductibles may be hit hard by the new bill.

Depending on your filing status you may opt instead for the new standard deduction. This is because the new bill affects several itemized deductions, including several of those that come into play during a divorce. 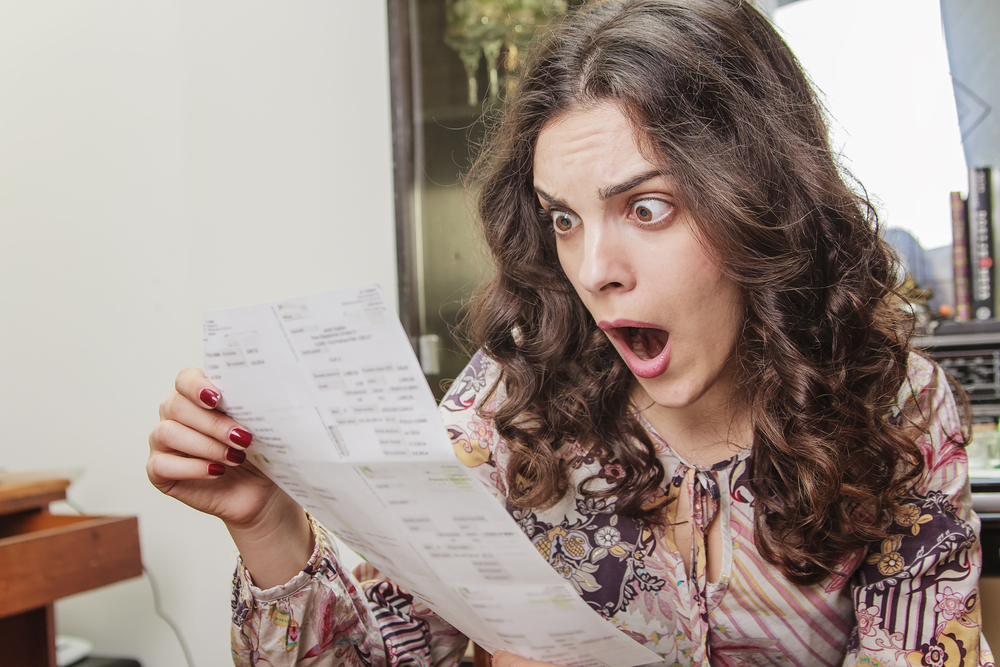 The first of these is a retroactive adjustment and will only affect people whose divorces are finalized before the new year.

For 2017 and 2018, medical expenses over 7.5 percent of adjusted gross income qualify as deductible. In 2019, that number will return to 10 percent, where it sat before the new bill was enacted. This will affect specific cases where divorcing couples who itemize their deductibles are determining who pays medical expenses.

The bill also does away with several itemized deductibles.

For example, legal fees directly associated with your efforts to obtain spousal support are no longer deductible. This means that the process of divorce could end up being more expensive. Also, home equity loans are not deductible under the new code, and only a smaller amount of mortgage interest is eligible for deduction.

These deductibles are of course relevant when spouses are decided how to divide property and whether or not to take out a loan to buy each other out. For those still itemizing next year, however, the elimination of these deductibles could further complicate divorce proceedings.

The Tax Cuts and Jobs Act of 2017 issues a series of complicated and groundbreaking changes to the tax code.

While in general, it cuts taxes across the board—to different degrees, of course—it eliminates several deductibles that until now have served as important parts of the bargaining process during a divorce. To be sure, these are big structural changes to the divorce process that requires careful study and consideration.

Luckily, that’s the responsibility of your attorney. My best advice to anyone is not to get too alarmed over the new code.

Yes, finalizing your divorce this year versus next year could have a significant impact on its outcome, but the nature of that impact is different in every case. Getting in touch with a competent firm early on is always a good idea when it comes to your divorce, regardless of what year it is.

It’s your lawyer’s job to find the best course of action going forward and to ensure that, no matter when your divorce is finalized, you reach an equitable agreement with your partner that works in your favor.

7 Divorce Trends that will Surprise and Shock You
Marriage on the Rocks? Blame the Internet!