Pet Custody In Divorce | Who Gets The Pets? 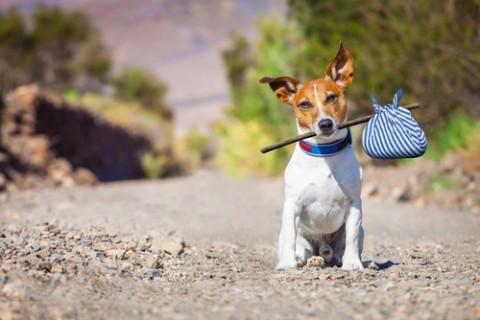 According to the Humane Society of the United States (HSUS), pet ownership in the U.S. has more than tripled from the 1970s. In 2012, 62 percent of American households had at least one pet. That same year, according to the American Pet Products Association, Americans spent more than $50 billion on their cherished cats, dogs, and other assorted animal companions.

During the last several years, the American Academy of Matrimonial Lawyers surveyed divorce lawyers from many different states and found there are more and more pet custody issues cropping up in divorce court.

"While pet custody cases are not an everyday occurrence, far too many spouses attempt to initiate these disputes as a negotiating strategy, often believing that they can use the animal as a kind of bargaining chip.  This tactic is usually not effective and can come back to ‘bite’ the antagonist throughout the divorce process.” said Maria AAML president Maria Cognetti.  “When it comes to a pet, it is often obvious which of the spouses has the strongest emotional bond.”

Most States Consider Pets the Same as Property

These statistics prove that many pet owners consider their pets to be part of the family.

But in most courts in this country, including the state of Ohio, pets are simply viewed the same as a television, speedboat or baseball card collection—as property. Ohio statutes even directly address the issue:

“Any dog… shall be considered as personal property and have all the rights and privileges and be subject to like restraints as other livestock” (ORC §955.03). This means that the courts in Ohio will usually treat household pets like any other personal property and not like child custody cases.

Therefore, chances that you will get pet visitation rights formally awarded by an Ohio Court is very unlikely.

But pet owners shouldn’t despair. Many domestic relations judges are pet owners themselves and therefore are sensitive to the importance of pet ownership.

They will patiently consider the facts to determine pet custody. On the other hand, some judges can be impatient and will tell counsel to “flip a coin” over the situation of pet custody to determine ownership.

Since it is often hard to figure out how the judge may react, scheduling a private mediation with an attorney to determine pet custody or to come to some sort of pet custody agreement is a good option to consider.

What is Best for Your Pet?

If you feel that your pet to be an important member of the family, then you also need to consider what is best for your dog or cat as well. It’s important to remember how pets will react going back and forth between two different residences.

Dogs are usually more flexible than cats, who will often suffer behavioral or stress-related problems if made to shuttle back and forth between homes. If there is only one pet, another option is for the person keeping the pet to help the other party with the cost of acquiring a new one.

Do you have more than one pet? Then determining pet custody can be easier. If the pets can be easily separated then it makes sense for each of you to take one.

What the Court Will Look at While Determining Pet Custody

If a couple ending a relationship is unable to come to a decision in private or with a lawyer, what is the court likely to do?

A court will usually look at several factors when determining pet custody in a divorce proceeding, the main one being who spent the most time taking care of the pet. If both parties shared care equally, the court often looks at the following factors:

One of the most important things to consider in a pet custody agreement is if you are dealing with both children and pets. When kids are involved, the pet should remain in the household where the child spends most of his or her time. Divorce can be hard enough for children to deal with. To have the family pet taken away as well will only cause more problems.

Prepare Ahead of Time by Having a Pet Custody Agreement

An important thing to remember when buying or adopting a pet as a couple is agreeing on how the pet care responsibilities will be divided and how these responsibilities will be affected in the event of a break-up. A signed agreement can not only provide an incentive not to litigate and but may also prevent the future heartache of losing custody of your beloved animal in court.

Many judges don’t like to handle pet custody disputes. You will make his or her job easier by having a signed and written agreement about your pet, and it can help your case as well.

Although a written pet custody agreement could be overruled by a court or tossed out completely, pre-existing written agreements are often given considerable weight in legal proceedings and could help reduce conflict during a pet custody dispute.

How to Affair Proof Your Marriage
9 Factors in Child Support in Ohio: What You Need...