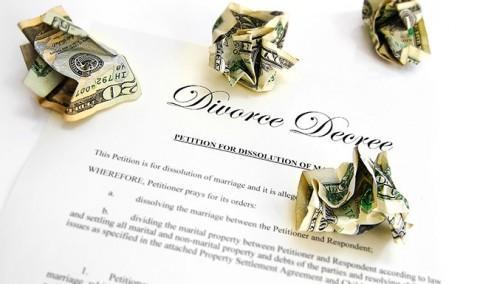 Well, if you are the party paying child support or spousal support, your income is drastically reduced but you must continue to pay your bills and living expenses. You are also now supporting two households instead of one with the same amount of income.

You may also have substantial costs from the divorce, especially if it was a highly-contested divorce action with several hard-fought issues.

Spousal support, also known as alimony, simply put is money paid to a spouse who is financially dependent on the other spouse and who cannot earn sufficient income to support himself or herself. Sometimes spousal support is paid to help one spouse maintain the standard of living that the spouse enjoyed during the marriage.

In some jurisdictions, spousal support may be used as a way to punish a spouse for marital financial misconduct or to make the distribution of marital assets fair and equitable. Regardless of the reason why you are ordered to pay spousal support, the financial burden of this expense can create a strain on your finances.

Do remember the fundamental rule regarding the payment of spousal support: money paid by the obligor (the person who has to pay) is deductible on your taxes and the money received by the obligee (the person receiving the money) is income for tax purposes.

Child support is paid by one parent to another parent for the benefit of the child. It is typically paid to the custodial parent by the parent who does not have physical custody of the child or in Shared Parenting situations where the facts deem it in the best interests of the child or children.

Basic law states that parents have a legal duty to financially support their child (at least up to they are 18 or out of high school).

When parents decide to divorce, this duty does not end; however, it is far more expensive to fund two households than it is to fund one household. Child support helps the custodial parent pay the necessary living expenses for the parent and the child; however, the parent paying child support is often placed under a financial strain as that parent struggles to pay his or her living expenses on a much lower income

If you'd like to estimate the support obligations that may be included in a court or administrative child support order, visit the Calculate Child Support Payments in Ohio.

The financial stress can add to the emotional strain of the divorce causing depression, anxiety, health problems, and problems focusing at work.

t is always less expensive to maintain one household but when you decide to separate, you will have two households to fund. Everything is doubled – mortgage/rent, utilities, food, insurance, etc. It is generally much cheaper for two people to live together than it is for them to live apart.

Unfortunately, many couples do not fully understand this reality until they are in this situation.

An uncontested divorce can still cost a few thousand dollars in attorney’s fees and costs. It depends on what has to get done to get the job done. However, this amount drastically increases as the couples argue over issues of property, support, and custody (these are called contested matters).

Most attorneys charge an hourly fee in divorce cases – very few charges a set fee but it does not hurt to ask.

Most often, the total attorney’s fee that the party will pay is based on how much time the attorney must spend on the case. In a contested divorce, you could accumulate thousands of dollars in attorney’s fees because the attorney must spend an enormous amount of time preparing the case for the initial filings and temporary orders, discovery, and investigation and the settlement/trial phase.

Depending on the issues involved and the unique circumstances of the case, one party may be ordered to pay the attorney’s fees and costs for the other party. If this occurs in your case, you will be facing double for the divorce, as you are responsible for paying your spouse’s attorney as well as your attorney.

While this is rare, it does happen especially when one side is uncooperative in a blatant way, hides assets and or engages in financial misconduct.

Avoiding the High Cost of Divorce

It is in the best interest of both parties to settle all divorce issues without the necessity of a long court battle.

Financially, it is much less expensive when the parties work together to resolve issues in ways that do not place an unreasonable financial burden on either party.

Divorce does have a financial cost for both parties; however, if the parties can put aside their emotions, they can work together to decrease the financial impact of the divorce so they can recover emotionally and move on with their lives separate and apart-move on to a better place.

9 Factors in Child Support in Ohio: What You Need...
Protecting Your Money: Why Do You Need a Prenuptia...