Why More Couples are Getting a Gray Divorce 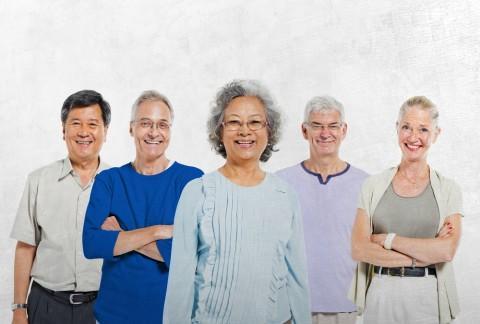 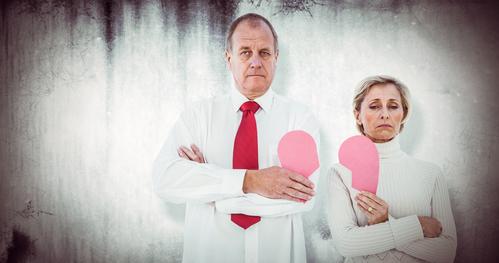 What is a gray divorce? It's a term used to describe an increasing and all too common occurrence in the past decade or so--getting a divorce after the age of 50.

In recent years the rates of "gray divorce" have more than doubled!

More than half of all gray divorces are to couples in first marriages. 55 percent of gray divorces are between couples who have been married for more than 20 years. The divorce rate for adults ages 50 and older in remarriages is double the rate of those who have only been married once... Among all adults 50 and older who divorced in 2015, 48 percent had been in their second or higher marriage.

In later life, people have generally completed mid-life tasks: raising children, building careers, etc. Facing or entering retirement years means starting a new chapter in life. This may also involve renegotiating key relationships. Marriages that were good enough or worked during their 20s, 30s or 40s may lack the connection and attachment for maturing life-stage expectations.

As the end of life looms closer, people are more prone to reexamine their life situations and “reinvent” themselves or look for other options in efforts to recapture the quality of life they need and desire.

Why is gray divorce becoming so much more common? We examine some of the reasons below.

When a couple is working and/or raising kids, they're busy. Often they are so busy that they don't notice they're growing farther apart during each passing year. Couples with children often postpone a divorce until after their children are grown and moved out of the house. One or both spouses aren't happy in the marriage, but they choose not to divorce until their children are raised. Other couples find that after their adult children leave the family home, their marriage is no longer strong enough to survive.

Retirement can bring a dramatic change in lifestyle that can negatively affect the marriage. Now that one or both of the spouses are in retirement, they have a lot more time on their hands and realize they no longer know their husband or wife. Some retired couples find that the increase in time spent together is not a source of happiness, or that personal interests in retirement are no longer compatible.

As spouses get older, their sexual appetites may differ, sometimes dramatically. Hormone levels tend to decrease in both men and women, leading to physical issues and a lack of interest in engaging in sex. This can lead to frustration for one or both parties, and ultimately the desire to divorce.

With advances in medicine and an increasing focus on healthy lifestyles, people simply are living longer than they ever have. Even divorcing at the ages of 50 and beyond leaves plenty of time to live a full and exciting life. A gray divorce is no longer a scary prospect.

According to data compiled by the Social Security Administration:

For couples seeking a grey divorce, each spouse could live 30, 40 even 50 years more. This can make either or both spouses think that it isn't worth spending the rest of this time living with a spouse they no longer have any feelings for. 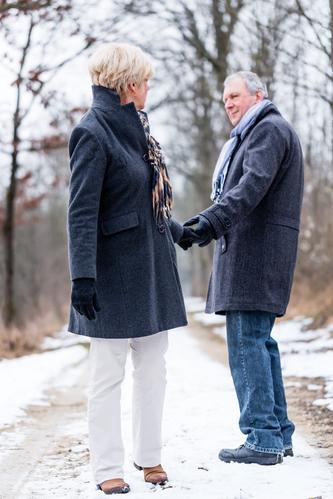 She wants to go on vacation to all those places they talked about going but never went. He wants to hang out with his other retired buddies and play cards.

She wants to stay home, order take-out and do crossword puzzles. He wants to go out to dinner every night and go golfing on the weekends.

When one spouse pictures a retirement filed with activity and places to go and another imagines doing as little as possible, there ends up being problems. One spouse wants to get out there and live it up, and the other has no interest it leads to conflict and unhappiness for both of them.

Divorce is much more commonplace than it used to be. Attitudes towards divorce continue to change, even in more traditional societies and institutions.

A lot of marriages are not horrible, but they’re no longer satisfying or loving. People are no longer staying in marriages that are just "okay" because okay is no longer good enough. As there is more emphasis on individual happiness and fulfillment, people are less likely to remain in an unsatisfying marriage than they may have been in earlier generations.

The Challenges of Gray Divorce

Going through a gray divorce? Here are some of the things you need to pay attention to:

The longer a marriage lasted, the more assets the couple will accrue together – at least, this is true in most cases. Gray divorce can unexpectedly become a complex or high-net-worth divorce simply due to the amount of property the couple shares.

Many couples going through a gray divorce also forget to consider their retirement benefits or plans, including social security. This represents a major source of finances for many older individuals, and dividing it, or fighting to not divide it, can become a source of contention. 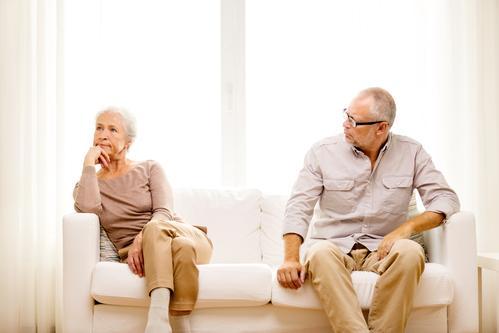 years go on. It is also crucial for divorcing couples in their golden years to consider health insurance benefits that may be revoked once the gray divorce is finalized. Laws vary from state to state, so it's important to speak with a lawyer or financial planner if you are worried about your health or life insurance policies.

Any sort of legal contract can be called into question if there is any reason to believe that it was made or signed while one of the interested parties was unable to understand its language or impact. If someone going through a gray divorce has had experiences with memory loss or difficulties, special legal counsel may be necessary as the case progresses to ensure they know what is happening in their divorce.

For many couples, hitting 50 is empty nest time. Many of these couples had previously found a way to tolerate disagreements and emotional distance or overlook their differences because a large amount of their time was spent bringing up their children.

Whether they have children or not, the over 50 crowd divorce for a variety of reasons, most of which stem from failing to address long-term marital issues.

Some are just tired of the charade or realize that now that they are both retired and spending time together they no longer have anything in common--or maybe never really did. Others may have finally had enough of another spouse's negative behaviors. For many of these couples, their marriage had turned into an arrangement where both partners may have tolerated behaviors or conditions that were far from ideal.

Are you over 50 and facing the possibility of a gray divorce? Jack can help you make a plan for your new life chapter. Contact him at his Columbus, Ohio office at (614) 751-5058.